Mike Novak founded Novak Group LLC in 2006 with a vision to form precision teams to pursue and execute niche contracting opportunities. With more than 30 years of industry experience, Mike has leveraged his experience and resources to form these best-in-class teams to make Novak Group a premier construction management and energy solutions firm.

CCI Telecom, Inc. was also formed by Mike in the early 90’s.  CCI specialized in niche construction to provide design-build services to the high-tech telecommunications and air traffic control radar industries.  Over the years, CCI became a go-to company for Fortune 500 clients in the United States, Caribbean and Central and South America.  The company was consistently ranked by Engineering News-Record among the Top 15 Telecommunications Contractors in the nation.

Before Mike sold the CCI group of companies to a public firm in 2005, over 5,000 cellular telephone sites had been designed and constructed by CCI along with air traffic control radar infrastructure sites numbering in the hundreds through the U.S. and Caribbean Basin.

Mike’s public service has been an anchor and driving force in San Antonio’s economic development base for the last 25 years. Today, he continues to be very active, serving on many community boards and commissions.  Below are just some of the organizations he is involved with along with some of the accolades he has received: 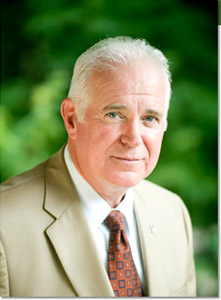